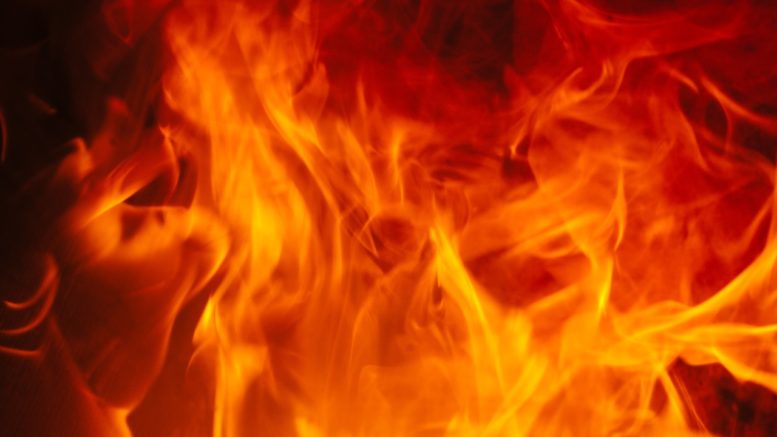 A family of four died on Easter weekend in a tragic house fire in East Gwillimbury near Newmarket.  The victims were a husband and wife and their two teen-aged sons, all of whom were found in the second floor master bedroom of their home.

Initial press coverage attributed the deaths to the time it took volunteer firefighters to respond to the fire which was phoned in by one of the victims around 5:30 am.  But subsequent investigation by the Ontario Fire Marshal provides a different and better understanding of what led to this tragedy.  That understanding might someday help save our own lives or others close to us.

From the Ontario Fire Marshal:

“Preliminary findings have revealed that the fire originated on the home’s main floor, in the laundry room. As the fire developed, smoke and flames were drawn up a large central staircase to the second storey – trapping the family in the master bedroom. When a family member made the 911 call, the fire conditions on the home’s main floor had already blocked all avenues of escape.

The delay in the detection of this fire can be attributed to two factors. First, the lack of a smoke alarm on the main floor, and two, while there was a security/fire alarm system in the home that provided coverage for the second storey and basement; this system’s wiring ran through the main floor laundry area where the fire originated. The OFM team has established this wiring was compromised early in the fire and this would have rendered the entire system inoperable.”

At a recent press conference, the Ontario Fire Marshal went on to say “There have been suggestions across the media that fire department response time was a factor in this incident…” “Response time is not a significant contributing factor.”

One of our members, George Dixon, has been studying fire fatality statistics:

Here is George’s best advice for our members and for others you may wish to relay this to: