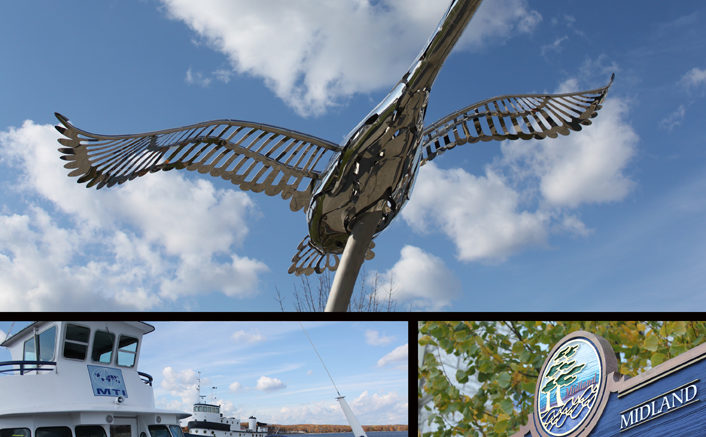 The first Police Services Board (PSB) meeting of the new year was held on January 21st. The Board is composed entirely of new members including Deputy Mayor Ross, Councillor Strathearn and community appointee George Dixon who was elected Board Chair. After selecting its Chair, the Board immediately had a public discussion on agenda items proposed for a session closed to the public. Refreshingly the Board decided to consider some items in the open portion of the meeting. Later it was thorough reporting back to the public session on the general nature of decisions taken in the closed session. Midlandcommunity.ca has taken the lead to drive greater openness and transparency at both Midland Council and PSB meetings. It is indeed encouraging to witness a Board put the interests of the public first and while doing so, build needed confidence and trust in the process.

Several new appointees also joined the Midland Public Library Board in the new year. This Board oversees the operation of our Downtown Library that provides services to residents of Midland and neighbouring communities as well. Like many other public institutions, the Library faces financial and other challenges in this time of rapid technological change. New personnel and new ideas can often help our institutions successfully adapt to change.

Last September Urban Strategies, a Toronto planning consultant, held its first workshop to develop a Master Plan for Midland’s Downtown. A public meeting followed in November with further meetings in late January. Their schedule is to submit a draft plan in March/April and a final Master Plan in May. Citizens, business owners, councillors, and town staff have submitted a wealth of valuable ideas, demonstrating yet again the local commitment to make Midland the best it can be.

A recurring theme has been how to stimulate growth in Midland through new housing starts and other development. Last year it was proposed to increase Development Charges for all new construction. The response to that proposal was overwhelmingly negative. The Town responded by reconsidering the issue and ultimately deciding to hold development charges at existing levels. Feedback from the industry has been very positive and we are now seeing a good number of new housing starts scattered across our community.

Our new Council inherited a proposed budget from the previous Council that was still a work in progress. That proposed budget would result in a local tax increase of approximately 1.5% in 2015 (but a higher spending increase) and significantly higher tax increases in future years. A budget review meeting scheduled for January 29th was cancelled hopefully so everybody can sharpen their pencils and take a harder look at the spending increases being proposed. The only way to successfully avoid painful increases in future years is to get spending controlled now.

Our new council is a mix of new and returning members. It is still early days but there is clear enthusiasm at Town Hall to share experiences, to learn from each other and to make a positive contribution way to the growth and advancement of Midland.

Be the first to comment on "Library, Downtown Master Plan & More"