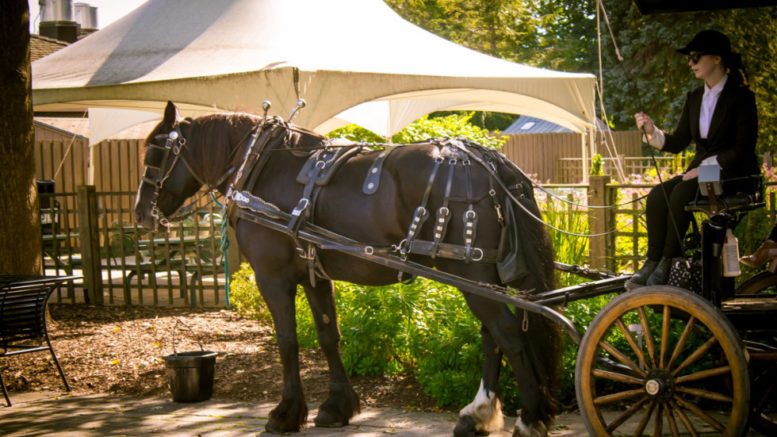 A WAKE-UP CALL for MIDLAND & ONTARIO

The Association of Municipalities of Ontario (AMO) recently announced that an 8.35% tax increase every year for the next 10 years is the medicine Ontario residents will need to take in order to maintain current service levels and municipal infrastructure.

If AMO is correct about this, whatever municipal taxes you are now paying, expect them to double in less than 10 years. So where do we begin and why are we so tolerant of government waste, abuse and under-performance?

1) Midland’s taxes increased over 100% from 2000-2010;
2) Midland’s staffing increased over 40% in this same period with virtually no growth to justify additional workers;
3) The Town of Midland now boasts 33 employees on the 2014 sunshine list of those earning more than $100,000 a year – this is more than 20% of Midland’s full-time employees;
4) Midland shares the distinction with Penetanguishene of being one of the highest taxed communities in all of Simcoe County.

Fire and Police costs are two of the key contributors to this sad report card. Both services have had their share of attention lately – mainly due to the fact that their combined budgets exceed 40% of Midland’s operating budget and are growing.

The 2015 Police budget increase is projected somewhere in the neighbourhood of 7% before any salary increase which may result from a negotiated settlement or through the broken “interest arbitration” system where arbitrators sometimes decide how much our elected governments should be spending on fire and police.

Meantime, here is a chart of 2013 police expenditures based on the Financial Information Reports (FIRs) all municipalities file annually with the Province. Note these numbers do not include any revenue, or court security spending or prisoner transportation spending to try to compare apples to apples as much as possible. You will see that on a per resident basis, Midland Police spending is the 2nd highest with only the Barrie Police higher. You will also note a clear pattern in the numbers any way you decide to slice and dice them. 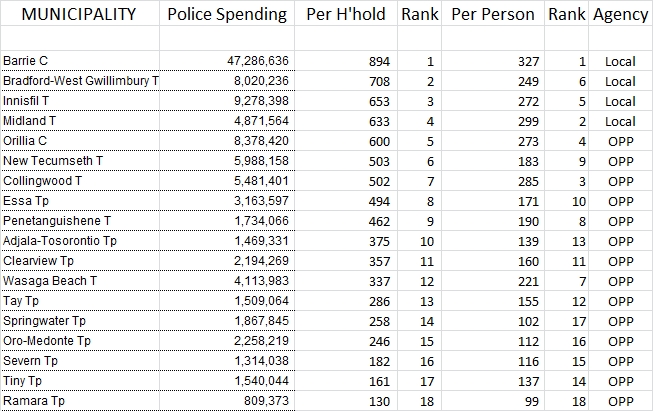 Crime is also reported to be down 30-40% so it is timely and prudent to look at every possible way to reduce costs while maintaining a safe, desirable community.

The Police Chief proposed outsourcing police dispatch to Owen Sound as a way to rein in costs. While there have been a few critics of this decision, it makes complete sense given our current circumstances in Midland and the road ahead.

However, there is a Provincial body called the Ontario Civilian Police Commission (OCPC), which will conduct a hearing to assure us that this prudent cost cutting measure will not impact public safety. The OCPC hearing will be held at 7:00pm on August 20th at Midland Town Hall and you are encouraged to attend.

With respect to Fire, we applaud Council’s recent decision to select Paul Ryan, the Fire Chief of Penetanguishene, to oversee fire operations in Midland as well. Sharing a Fire Chief makes perfect sense as both Towns seek to maintain services while eliminating unnecessary costs.

The Fire Collective Agreement (CA) needs to be fixed so that the interests and needs of the community are the first priority instead of the interests of the firefighters or their union. Salaries for Fire and Police personnel and for all public service workers for that matter need to be frozen until we get Midland back to work.

We need to start talking about all these inefficient structures and related costs sooner rather than later.

We don’t need an agenda that focuses on protracted debate around fireworks, campfires or farmers markets; we need to get serious about fixing the emergency services engine where we‘re leaking oil all over.

We also need to commit to having a business friendly and resident friendly community so we can attract some much needed growth.