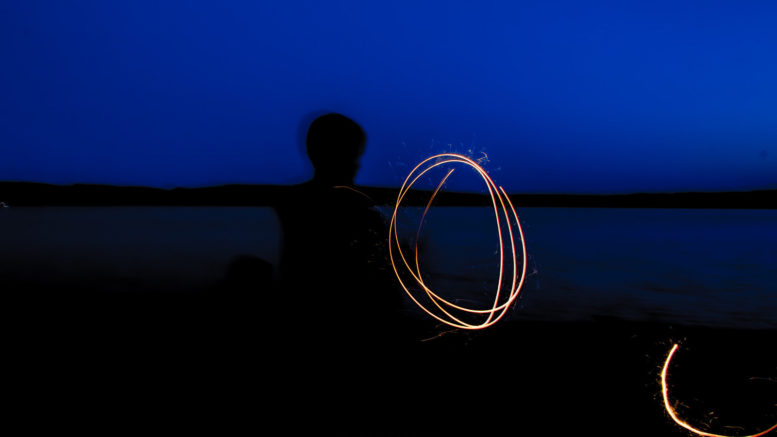 January 2015 witnessed Council off to a joyful start. Our newly elected team, being a mix of new and returning members, shared enthusiasm and experiences in the early days as they cautiously navigated their way through Robert’s Rules of Order and the challenges of getting Midland back to work.

“We talked about moving Midland from the highest tax rate jurisdiction in Simcoe County to the 75th percentile – this involves removing some $1.3 million from the operations budget. We discussed driving our economic development projects forward – the Downtown Master Plan; Midland Bay Landing; commitment to EDCNS – offsetting the job losses from the decline in manufacturing”.

Council was confronted with some big decisions in March, such as rejecting the Police budget as proposed. This led to the outsourcing of police dispatch, followed by the sale of Midland Bay landing and putting the final ink on 2015’s budget.

Here was midlandcommunity’s response to the 2015 Budget result:

“Although some want to celebrate a budget increase modestly below the rate of inflation, we believe this is still an incremental effort that does not confront the big financial challenges Midland faces”.

The Treasurer spoke about “pressures” on the budget and highlighted several areas:

Council’s own stated mission was to remove $1.3 million from the operations budget, and yet the budget increased incrementally. In a troubled Midland economy, this is a dismal failure.

We’d be remiss if we failed to mention the Sunshine list which calls for public disclosure of the names, positions, salaries and total taxable benefits of all Town employees paid $100,000 or more in 2014. Midland saw 31 employees achieve this distinction, 16 in Police, 9 in Fire and 6 others in senior management positions at Town Hall. When considering this fact, please bear in mind that the median household income in Midland is approximately $50,000 per year (combined income for all members of the household). While emergency services fill a vital role in any community, this disparity between the salaries of emergency personnel and those of the people they serve is unsustainable and is the key justification for seeking new and different emergency service models.

The Mayor also mentioned Midland Bay Landing in his statement. Mountain Ridge Estates’ Chinese partner has run into financial challenges and it is not clear how this will affect the development. Meanwhile, the ratepayers of Midland still hold all the debt on this site and the developer has paid only a nominal monthly fee to retain their position in the project. The lack of activity and public communication on this matter is disconcerting.  The first major milestone is site remediation, which must be complete by March 2017, so presumably that remediation work must begin soon in order to have any chance of on-time completion. We will carefully observe progress on that front.

As spring 2015 dawned, midlandcommunity.ca’s on-line survey concluded that 85% were in agreement with the following statement – “I support & encourage Midland municipal leadership to manage and operate the resources in a responsible manner, adhere to the laws and regulations that govern such, and embrace “minimums only”.

Clearly, respondents were overwhelmingly tired of over-reaching and unfriendly town policies. These excessive policies and resulting high tax rates discourage investment and continually contribute to the growing financial burden on local residents and businesses that stifle growth and revitalization. The current Council has started to reverse some earlier initiatives, such as septic inspection and backflow retrofits, but the Source water Protection Plan (SPP) dispute remains in front of the OMB and the town has failed to make their case during friendly “without prejudice” meetings. This will result in more unnecessary legal fees to be served up and placed on the backs of ratepayers! Council must make it clear to staff that the Town will no longer support misguided policies and additional spending, and they must remain vigilant against such initiatives creeping in.

Early summer, the town welcomed a new Fire Chief, Paul Ryan, and we applauded the decision. However, Mr. Ryan has his work cut out for him as he contemplates a new Fire deployment model, the future of “tiered response” and how to navigate a confrontational union environment that actively resists any changes in the service delivery model that would improve efficiency and reduce costs.

Over the summer it was clear that Council was split on several important and high profile issues; lines were being drawn and the honeymoon was clearly over for some. Public pressure and outcry was mounting and petitions became the flavour of the month.

Some of the more notable discussions are listed below:

–    The possible sale/merger of MPUC
–    The Downtown Master Plan motion getting rejected
–    Opposition to the development of Edgehill Park
–    Ratifying the Fire collective agreement or sending it to arbitration
–    Outsourcing Police dispatch services to Owen Sound
–    Planning policy as it relates to second units/duplexes
–    Embracing a Municipal Energy Plan
–    Achieving the ambitious spending target and the flawed process to achieve the corresponding budget savings
–    Re-affirming previous Council’s decision to welcome a costing bid from the OPP designed at possibly providing Police services to the Town of Midland.

While some matters above have been concluded, many still remain contentious and unresolved.

December was an even tougher month for Council as the budget process came to a screeching halt, meaning budget deliberations for 2016 are “off the rails” as we write.

Staff’s budget drafts in late fall of 2015 saw somewhat of a flat increase; however, it included unnecessary capital and operating spending, requests for new staff additions, lofty pay increases proposed for fire, and a non-union management staff 3-year contract, which included much of the same old same old. And once again, it proposed nothing to begin to achieve the reductions that Council has committed to. The budget target remains ambiguous and the numbers don’t appear to add up. The latest Midlandcommunity.ca poll indicates that residents remain very concerned by this lack of progress – 62% of respondents indicated that they do not think they’re getting good value for the taxes they pay.

With that as a backdrop, a majority of Council clearly felt the entire process was lacking the right target and a well-thought out plan, and they voted to reject the proposed draft and halt the process until such a plan could be brought forward.

For now, fundamental questions remain unanswered. Is the budget reduction target $1.3 million as previously reported by the Mayor or is it $6 million as alluded to in the last round of budget deliberations? What exactly do we mean by the 75th percentile target and are we serious in our resolve to achieve it; if so by when?

These questions and others must be answered swiftly as Midlanders can’t afford to lose another year.

Finally as the year drew to a close, Council saw fit to award Fire personnel an early Christmas present by withdrawing from the arbitration process and agreeing to a generous and somewhat troublesome collective agreement, which contained new and restrictive language. How ironic considering that staff spoke to “pressures on the 2015 budget, notably with salaries and wages for fire and police.”  This is even more troubling when you consider one of council’s own strategic actions is to commence an “Emergency service review and rationalization”. This new collective agreement places a shiny new pair of handcuffs on anybody attempting to revise the old service model.

In summary, Council and senior staff leadership need to re-group and reflect on 2015 with a commitment to capture the learnings and develop a new focus.

Midlandcommunity.ca has said numerous times and we reiterate once again that Council and staff are dealing with too many balls in the air all at the same time and these balls are distracting them from the big picture. Simply stated, they need to set the right target, create their plan and plan their work.

Perhaps it is now time to step back and recognize cause for optimism. Today’s Council is far better positioned to achieve improvement than the previous Council.  We no longer have a Council divided with one side working toward progress and the other digging in their heels along parochial lines.  For the most part, we now have Councillors who are willing to consider all sides of an issue, think through consequences and work as a team to move our town forward. What they lack at this point is a strategy and a plan, but we have a Council that is capable of developing and implementing such a plan if only they would focus on it.

This is a sentiment worthy of repetition: in these turbulent times, having a plan must remain JOB #1.  A plan with more thought, more FOCUS and more community engagement.

Ok, so it’s a new year. The snow will fly, the Bay will freeze and the sun will once again shine.

Hopefully in 2016, Council and staff will pick up their game and get Midland back to work.