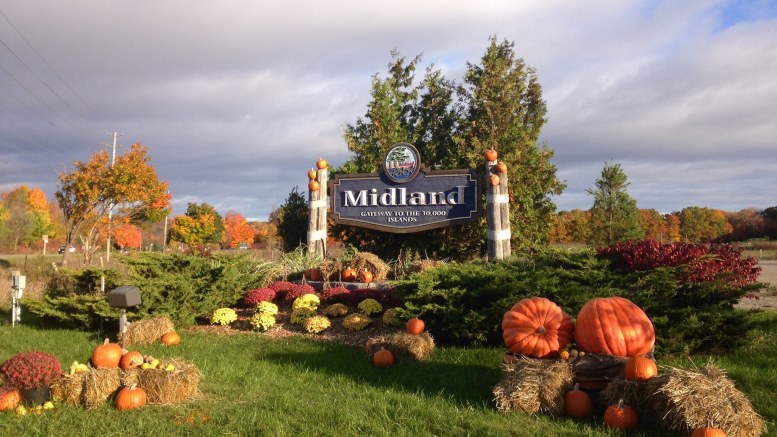 October’s Council meeting began with the acknowledgement of another outstanding Town employee.  Ms. Mary Howitt, the Town’s Head Gardener, recently received an associate diploma in Horticulture from the University of Guelph.  Congratulations to Mary & continued success in beautifying our community.

Deputations then followed from three organizations that are mandated to drive economic development for the benefit of the four municipalities in North Simcoe.

Sharon Vegh, from the Economic Development Corporation of North Simcoe (EDCNS), spoke passionately about the organization’s marketing efforts and recent successes. The report showed that local area job growth increased 2% over 2014 and that 21% of our North Simcoe labour force is engaged in manufacturing work.  Additionally, we are in need of at least 200 more talented employees to meet our manufacturers’ production needs.  EDCNS has endorsed a second skilled trade marketing and recruiting effort partnering with local manufacturers.

It was reported that Streit Manufacturing will invest an additional $3-million in their business which will stimulate the creation of 70 to 120 new jobs.

Other notable news was Premier Wynne’s recent visit to Midland where she announced a grant of $790,000 to help finance the purchase of new state of the art equipment for Weber Manufacturing.  Chris Edwards, President of Weber Manufacturing, received the grant on behalf of a very proud and motivated group of employees.

This news reassures North Simcoe residents that local manufacturing is alive and well and these focused and collaborative successes offer much promise for both existing staff as well as youth.

Brig Kennair, the Chair of North Simcoe Tourism (NST), was up next and focused his remarks on NST’s four key pillars, namely marketing, product development, workforce development and investment attraction.

We heard about many recent successes including tear maps, the 2017 Discovery guide, the production of CTV commercials, and much more.  Mr. Kennair spoke of several organizational, funding, and talent changes at the County level.  NST is assessing the impact of these changes on its strategy and business model going forward but sees no imminent change in the basic mandate of promoting tourism in North Simcoe under the local brand ‘The Heart of Georgian Bay’.

Sharon Vegh also spoke on behalf of Cindy Hastings, Co-Chair of the inaugural event ‘Farm Fresh Food Fest’ (FFFF).  This tied a ribbon around economic development activities by providing an overview of FFFF’s event in August.

The event’s goal was to celebrate local Agriculture and all of the farmers who work tirelessly to ensure we have safe, great tasting food and, by all accounts, it was a very successful inaugural event.

The organizing committee is very passionate about food and extremely proud of our local farmers and food entrepreneurs, and is now developing a plan around what form future events might take.

Please visit the EDCNS web site (www.edcns.ca) and watch some of the great videos EDCNS has supported/created, including the most recent film depicting the story and success of Farm Fresh Food Fest.

In the regular agenda, there were several matters of note. The first was addressing a request from Jarlette Senior Living to proceed with site alterations & tree clearing at their new campus location on King Street. The request was made to avoid lengthy delays in construction & funding in 2018 as tree clearing is not permitted during times of bird migration. The Town’s Director of Planning, Wes Crown, pointed out that the parties were “extremely close” to resolving outstanding issues & that the issuing of building permits was “imminent”.  His department suggested that this request was still premature & potentially risky.  Jarlette has apparently assumed all liability in undertaking the work.  In approving Jarlette’s request, Council wisely resisted putting additional “red tape” on a development project that they openly courted and that is nothing but good news for Midland.

Staying with planning, Council rejected a request from the Midland Heritage Committee for a $30,000.00 Heritage Conservation Study for King Street.  We believe we really dodged a bullet on this one.  This designation is an unnecessary, divisive, contentious policy which removes basic homeowner rights & adversely affects property values. Councillor Oschefski hit the nail on the head when he stated that people purchase these character homes specifically for what they are and respect their architectural value – none are ever turned into monuments of chrome & glass.  Also significantly relevant was that of the 17 “targeted” properties, only 8 homeowners were open to the prospect…. hopefully Council’s decision not to proceed indicates that wasting taxpayer’s money on hiring more consultants and creating more restrictive/unwanted policy is now a practice of the past in these parts.

A lengthy debate then resurfaced from a discussion at General Council regarding the proposed establishment of a Municipal Services Corporation to manage Midland’s strategic assets. The concern appears to revolve around the perception that such an organization would hamper or even eliminate Council’s control over major transactions like Midland Bay Landing. The CAO reiterated that the proposed organization would simply allow the Town to employ the knowledge of local expertise in development, real estate, finance, etc, so that the Town could respond to potential opportunities in a timely, competent and professional manner. Surely the very recent undoing of the Barnstormer Brewery venture demonstrates how Council’s (understandable) lack of information and experience in dealing with complex development issues could benefit immeasurably from such an in-house resource.  Let’s conclude the public consultation and get it done.

In conclusion, the past several months have seen Midland take 2 steps forward & maybe a half step back, but we are without question moving in the right direction. While modest at this point, ANY and ALL job growth around here is outstanding.

We have new manufacturing moving in, we have a full slate of tourism/cultural events set for 2018 and we know that there is more positive economic news just over the horizon.

The combined effort that has been invested over the past recent years getting focused on those things that matter are beginning to bear fruit.

Be the first to comment on "October Council Report"