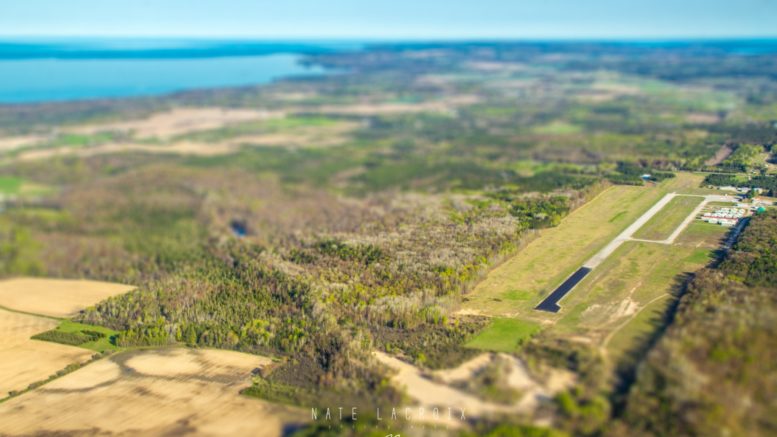 Perhaps to make up for the brevity of Augusts’ Council meeting, September saw a rather ambitious agenda.

Four deputations were presented starting with the quarterly update of Sharon Vegh and Kathy Eldson-Befort of the Economic Development Corporation of North Simcoe (EDCNS).

They spoke of continued efforts aimed at getting North Simcoe’s message out to the business community at large noting that, to date, more than 700 businesses had been directly contacted to consider locating their business in ‘The Heart of Georgian Bay’.

EDCNS’ primary focus in 2016 was on reaching out to manufacturers through their successful prosperity summit and quarterly roundtable meetings with highly engaged local manufacturers. EDCNS confirmed their targets & goals for the year are on track.

Ms. Vegh also conveyed to Council that the $300K in funding this year to EDCNS by Simcoe County and the four member Municipalities has been leveraged to yield over $1,000,000 in additional provincial and federal funding to our area.

Mr. Roy Ellis, on behalf of the Huronia Airport Commission, made the next presentation. Midland owns 50% of the Airport facility and its partners Penetanguishene & Tiny Twp own the balance. Mr. Ellis noted that the municipalities cover 40% of the annual $300,000 operating budget. Midland’s financial obligation this year was $56,000.00 with the town kicking in an additional contribution of $10,000.00 to support a loan to repair 1,000 feet of the runway. The Airport facility continues to open up new opportunities for our expanding aeronautic & related aircraft industries that are located on the premises. These innovative growth businesses create new high-tech, well paying jobs. Mr. Ellis reported that over the past 5 years, flight activity and hanger space is up 50% with a current waiting list for hangar space. The airport Commission’s immediate focus is to construct a new hangar facility that will also serve as a maintenance facility for storage of airside heavy equipment.

The overall economic impact of the Airport within the region is well over $10 million annually.

Next was a postmortem on this past summer’s butter tart festival presented by its new manager, Ms. Angela Bird. By the numbers, 43,000 attended the 2016 festival of which 43% had traveled from out of the area. 127,200 butter tarts were sold (up 60% from 2015) generating just shy of $3.9M in economic activity for the community. The event incurred $86,000.00 in expenses and finished in the black by $16,000.00, which will go towards 2017’s event. Social media reached over 400,000 people and the festival received widespread attention from media outlets both nationally & in major markets such as Toronto. With 95% of those out of town visitors surveyed stating that they planned to return next year, Ms. Bird’s goal of selling 145,000 tarts in 2017 looks promising. Congratulations to Angela & her team for pulling together a truly unique and successful event which, if not already, will become a bonafide Midland cultural icon.

Last but not least was Tracy Roxborough, who is the Sustainability Coordinator for Sustainable Severn Sound. Ms. Roxborough briefly described the challenges the organization has faced over the years in trying to tackle too broad an agenda with very limited resources. To address this, the group has developed a new strategic plan focusing on 10 main areas of concern such as municipal support & education. Referring to these as “Sustainability Building Blocks”, the group hopes to concentrate its resources towards objectives where it can be most effective. She announced that the organization will be holding a public event at the NSSRC on November 29th to launch its new website, and all are welcome to attend.

The sometimes-raucous business portion of the Agenda saw Council deal with some notable issues. Perhaps most important was the hiring of Mr. Mark Rodger & Dr. Larry Murphy to solicit and evaluate proposals from potential purchasers of MPUC, the local electrical utility. At the same time, Council decided to expand the ‘sale’ Committee by adding additional members.

The Agenda also included a ‘verbal’ report on the Official Plan Amendment (OPA) for second units and related zoning amendments. The zoning appeals are withdrawn which now only leaves the OPA awaiting approval by Simcoe County. A Provincial planner recently sent a letter to the County with negative comments on Midland’s OPA, which allows any house, semi and townhouse to have a second unit once it is three years old. Astoundingly, the complaint from the Province is Midland’s OPA is too ‘restrictive’. When informed of this letter, Council directed the Town’s lawyer to make written submissions to the County supporting Council’s decisions on second units.

Kudos to Council for its conviction in carrying through on this.

Then there was the Huronia Museum lease…again.

Here is Midland’s latest never-ending story in the Museum Board’s persistent pursuit of a partnership & lease agreement with the Town. While it is a foregone conclusion that the Town will eventually forgive the Museum’s debts & enter into a lease at below market rates, one can only hope that there will come a ‘new day’ for financial support, seen through the lens of a Return on Investment (ROI) for the town and the ratepayer.

Be the first to comment on "Economic Development, Huronia Airport, & The Butter Tart Festival"