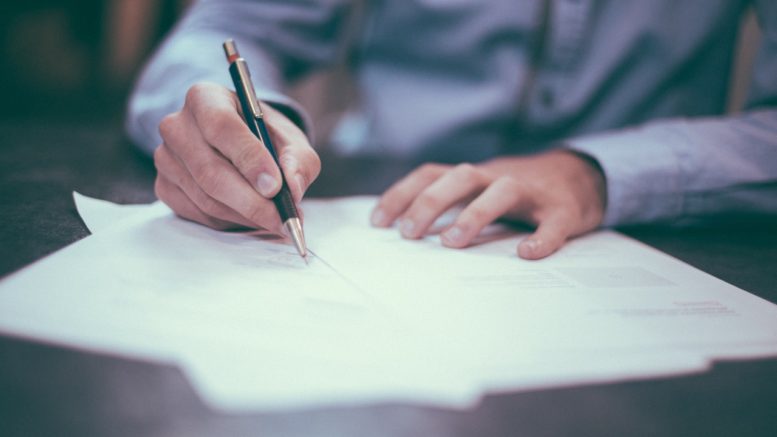 November brought unseasonably mild and at times blustery weather to our fair town, which we are tempted to interpret as the coming “winds of change”, but more on that in a moment.

Council met on November 28th and opened the public portion of the meeting on a high note with the awarding of Certificates of Commendation to Mr. Dustin Heels & Mr. Dan Yorke who on September 12, 2016 rescued a woman from her burning Midland apartment in a true act of heroism- our hats are off to these fine gentlemen.

We then were witness to three rather interesting deputations. Mr. Steffen Walma representing the North Simcoe Housing Working Group (NSHWG) made the first presentation. NSHWG is a group of individuals who are interested in creating affordable housing in Simcoe County including by way of secondary suites – a subject of recent consideration in Midland. The NSHWG’s approach appears to focus on either “garden houses” or the creation of “apartments” in existing homes that would rent at the “affordable” rate of no more than $750.00/month and be of rather modest square footage, subject to local zoning laws. Midland is no stranger to this topic and has recently adopted zoning amendments that permit second units in all singles, semis and townhouses that have existed for at least three years. Under Midland’s approach every home in Midland will be able to add a second unit if desired.

Mr. Chris McLaughlin who is the General Manager of North Simcoe Communities Futures Development Corporation made the second deputation. Mr. McLaughlin was discussing the SWIFT program (South Western Integrated Fibre Technology Project), which is a $180M Ontario Government initiative to connect 300 communities throughout southern Ontario who currently do not have high speed internet access, otherwise known as the “broadband gap”. While the program has a 20-year roll out, Mr. McLaughlin aptly pointed out that our area’s lack of connectivity places us at a competitive disadvantage to those that do when trying to attract investment, and that we simply cannot wait 20 years. His suggestion is to perhaps get to the front of the line of SWIFT candidates by doing some of the groundwork for them. He is proposing that a broadband analysis study be commissioned and paid for by the 5 local municipalities affected – Midland, Tay, Tiny, Penetanguishene and Beausoleil First Nations. Each partner would contribute $12,000.00 to the study, which could potentially leverage a $240M project. Council will consider this proposal at a future budget meeting and a decision is expected early in the New Year.

The third and final deputation was a rather intriguing presentation by Mr. Ryan Stacey of Black Light Investigative and Surveillance Services. Intriguing because of the question he poses. Mr. Stacey suggests that companies like his possess the capability to perform many of the more mundane and repetitive tasks currently performed by the Midland Police Service; duties that surely are below the level of skill and training of our men and women in uniform, and that a local company like his could assume these roles with the same level of safety and professionalism in perhaps a far more cost effective manner. With more than 90% of the police budget committed to wages, would it not make sense to look at reducing those costs by outsourcing those duties that do not require a fully qualified police officer? This question of course does not have a simple answer and by no means do we suggest that local law enforcement be turned over to a private company. It does however present an opportunity to open a conversation on examining new policing models, and how they might maintain safe communities at reduced cost.

So as we again listen to those in the community address council on the desire for change, we are brought back to those swirling winds previously mentioned. At November 14th’s General Council meeting, Midlands new CAO, John Skorobohacz, tabled a report that he authored and titled, “Midland Forward”. The report was Mr. Skorobohacz’s assessment and overview of the current Town of Midland’s operation, a municipal “state of the union” if you will. The CAO was blunt in his assessment of how things have been and are currently done within the town administration, identified by the Midland Mirror as:

“… an inability to recognize the importance of change, a lack of public engagement, a weak organizational culture and a lack of discipline by council members.”

Added to that are Skorobohacz’s comments

“All of this has led to a real breakdown in trust……there’s a real dynamic that staff, council and the public have pointed fingers at each other.”

His proposal to council consisted of three phases of reform; namely, organizational re-arrangement (department realignment), organizational culture and organizational development. He asked council for its support and above all, its patience in his efforts to fulfill this daunting task, which he received. It was suggested that council at times is “vague” in its direction to staff; in our view, it is the CAO’s and senior staff’s job to convert council’s WILL to the WAY. This is why we have an administration that for the most part survives Council appointments and their respective terms.

Further, this council came to office with many new faces packing aspirations of bringing fresh ideas and energy to its collective role with their mandate being to represent the interest of their constituents.  As the town’s top bureaucrat, it is the CAO’s role to work with senior management and leadership staff to develop and implement policy, to address issues of ambiguity, inaction, intolerance…….in two words, ‘performance and culture’. Many of us who have had dealings with this community’s administration over the last few decades know that the culture needed to evolve to a place where the customer/ratepayer mattered more. Some have characterized Midland as being a place where change was frowned upon and where hope and aspirations were stifled. A strong CAO is the proverbial rudder in our pursuit to ‘course correct’. So with that, hope springs eternal that we finally now have a strong rudder to steer our collective butts off the rocks, and we wish Mr. Skorobohacz fair skies and a strong wind at his back always…..the wind of change.

There was some discussion as to whether Midland should change the way it conducts the next election and among other considerations, introduce the new concept of ‘ranked ballots’. It appeared most who spoke about this topic seemed unprepared to take on this somewhat monumental choice at this time, and the discussion was deferred to a later date. It appeared staff and council alike had little energy for pioneering new policy trails on the heels of septic inspection, shoreline development, source water protection, backflow, etc….with often costly results not to mention serving as a distraction to what matters most.
We see it this way- let some other community be the guinea pig on the subject of ‘ranked ballots’.

You also may have read in the paper that downtown parking meters will now have a 3 hour free limit for the month of December, and that any revenue generated from those meters will NOT be given to a charity this year. While that may sound a little cold, playing favourites with local groups by giving away the town’s revenue is quite frankly, outside the corporation’s mandate.
With that said, we need to keep the discussion centered on the BIA and supporting those things that are in the best interest of the downtown merchants. Midlandcommunity.ca has and will always be a huge advocate of the BIA in their ongoing pursuit to build a more dynamic, vibrant and sustainable downtown. A healthy and prosperous downtown is foundational to a sustainable community.

This important topic of metered parking (and seasonal relief) provides a platform to open a discussion with the BIA and other stakeholders on the broader partnership opportunity, which must include, formulating an overall parking strategy aligned with the downtown redevelopment plan.

In closing, at this special time of year, we want to take a moment and do a ‘shout-out’ to all of those in the community who day in and day out put the interests of the ‘whole’ above their own. We have folks who spend countless hours supporting numerous philanthropic causes; from food banks, to guest shelters, to toy drives, and the list goes on.

We are indeed fortunate to live in this great place called Midland, where debate is encouraged, respect is demanded, and supporting those in need not only becomes a random act of kindness, but also responds to a greater calling.

Roy Ellis on behalf of midlandcommunity.ca wishing you and yours a safe and happy Holiday!