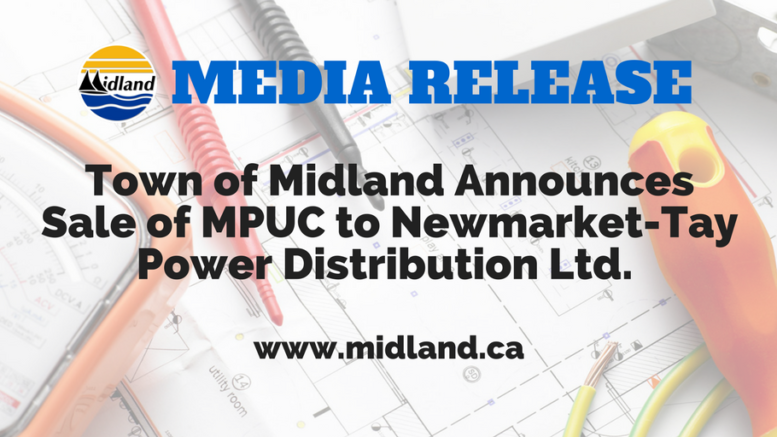 With respect to the three deputations, the Economic Development Corporation of North Simcoe (EDCNS) went to bat first.  This made sense as the other two presentations on Tourism and Agriculture represent pillars of activity that EDCNS is responsible for as defined by the four member municipalities.  Further, EDCNS provides financial and other partnership support to these two sectors of activity to enable them to fully leverage their goals through other funding opportunities.  It is clear that the numerous partnerships formed between EDCNS, the municipalities, Simcoe County, education and local manufacturers is paying significant dividends to businesses and the residents of North Simcoe by supporting increased job growth and therefore greater opportunity for our youth.

The Economic development officer for EDCNS, Sharon Vegh boasted a sizeable growth in local manufacturing jobs in the past two years, and went on to highlight best in class and award winning marketing efforts.  She concluded by sharing EDCNS’ scorecard, which for the most part was ‘green’, meaning activities are ‘on time and on track’.

The ‘offshoot’ and related Corporation known as North Simcoe Tourism (NST) shared several exciting print publications that have been circulated locally as well as to targeted destinations and audiences outside of North Simcoe.  NST Director Brittany Black went on to share impressive TV commercials that are intended to ignite awareness and interest around the broad range of activities winter serves up right here in the Heart of Georgian Bay.  This campaign is in collaboration with Tourism Simcoe County and is themed #WeDoWinterWell.

Next, Cindy Hastings, the Chair of ‘Farm Fresh Food Fest’ (FFFF), spoke passionately about the 3-day inaugural agricultural event to be held on August 18, 19, and 20 in the Township of Tiny, where she anticipates attendance upwards of 10,000 people.  With activities ranging from local food exhibits, to tractor/truck pulls, to participating in classy evening dining and dancing events, this is a culture and culinary experience that has something for everyone, so please plan to attend.

The bottom line: These three deputations demonstrated that North Simcoe as an entity is focused on the right things designed to spark ignition and growth in three key sectors: Manufacturing, Tourism and Agriculture.  We tip our hats to the four member municipalities (Midland, Penetanguishene, Tay and Tiny) for having the vision and the fortitude to pool much-needed resources and define the opportunity.

Further to these presentations, April was a very active month with a number of major developments.

Midland has a tentative deal to sell MPUC to Newmarket-Tay Power Distribution Ltd. (NT Power) at what is rumoured to have set a record with respect to valuation in such transactions – in other words, we got a lot!  Details will emerge as time passes & public meetings approach, but we will retain current staffing levels, some control over the direction and focus of the utility & will benefit from becoming part of a larger, forward thinking organization that has the ability to capitalize on new resources such as solar, wind, etc.  These are the type of benefits that are often associated with being a part of a larger entity, regardless of sector, that allow a community the flexibility to take advantage of technical advancements that a small organization could never afford to undertake.

The passing of the 2017 budget that we covered extensively last month occurred with a near unanimous vote with only Deputy Mayor Ross dissenting.  While held to 3.1%, Mr. Ross echoed what we have been saying for years – when one considers that we are one of the highest taxed/lowest household income jurisdictions in Simcoe County, council continues to move in the wrong direction.  While we completely agree with the Deputy Mayor’s stance, as we explained in our presentation to council, we understand the reasoning behind this particular increase as a one-time anomaly.  We look forward to future efforts to reel in the runaway increases of 2000-2010, rather than budgets that out pace inflation and growth.

We close out this year’s budget discussion with eyes wide open to the future, fully expecting to see that long awaited turnaround & return on our substantial investment in the future to start showing signs of finally pulling into port.  Part of that turnaround may become evident in the Midland Bay Landing debacle.  Probably not to the surprise of many in the community, the deal to rejuvenate the Midland waterfront with Mountain Ridge Estates Development Inc. (an affiliate of Consar Building Corporation) has collapsed, and regardless of the reasons behind the situation, the Town is once again in possession of the former Unimin site, BUT……..

This may, in fact, be a blessing in disguise.  To begin with, the Town retains a quarter of a million dollar deposit that will offset expenses & some clean up.  We also get the opportunity to reconsider the overall makeup of the project perhaps now making it a more integral part of the King Street redevelopment project, the development of the “Port of Midland” recognizing that we now are a regular cruise ship destination, and perhaps even look to creating a space to entertain & attract tourism.  We are confident that with the new, dynamic leadership we now have at Town Hall the prospects are bright for the future of this significant local treasure.

Speaking of Town Hall, April saw us welcome Andy Campbell as our new Director of Engineering, Water & Wastewater Services and May 1st will see the arrival of Amanpreet Sidhu as our Director of Corporate Services and Town Solicitor.  Welcome to both gentlemen & we’re confident your guidance, expertise & past success will help move ‘Midland Forward’.

We will have a new traffic plan to pay attention to on Yonge Street in the near future.  The street will undergo what is referred to as a “road diet” that will re-configure the lanes of traffic.  We will now see one lane of traffic heading in each direction east & west, with the creation of a centre left turn lane and two bike lanes between King Street & the entrance to Little Lake Park.  The hope is that this will improve safety by streamlining traffic flow while simultaneously reducing speeds and reducing the urge for those trying to enter & exit the street from “taking chances”, and to also offer those on bicycles a safety buffer.  With the presence of two schools in the immediate area, not to mention the local residents, something needed to be done before a tragedy occurred.  With our limited resources, radical road redesign is out of the question and this is a wise move in simply redesigning the annual road painting plan, embracing a new way of thinking about a solution to a problem.  On the surface this may seem like “no big deal” but it shows a new willingness by administration to “think outside the box”.  We hope local residents will recognize the need to adapt in an effort to benefit us all.

Not every item on Council’s plate in April represented good news or progress.  Council again found itself dealing with a staff report on second units, this time asking for Council direction on establishing maximum sizes for second units.  Over a year ago Council made clear it wanted to see a solution to the problem of new duplexes being built in single detached zones under the guise they were just second units in houses.  Then recently Midland and Simcoe County agreed to revisions to Midland’s Official Plan to specifically authorize restrictions based on unit size.  Despite this agreement, planning staff presented Council with a report that ostensibly contained three options, but only one of them would actually prevent the Aberdeen duplexes from being repeated on vacant lots anywhere in Midland.

A major disconnect continues between what our elected Council wants done and what the Planning & Development staff does with this file.  It is intellectually dishonest to toss around rhetoric about ‘affordable housing’.  These units are nowhere near affordable, they are not rent-controlled and still, for some reason, they were never required to pay the development charges our by-laws require duplexes to pay.  Council adopted Option 3, the only real option they were presented, but Council and residents deserve better than this.

In closing, our CAO received the support he and the new administration needed on several significant and ambitious fronts mentioned at the outset.

The newly approved Service Delivery Review (SDR) program will include members of council, staff and the community. The idea is to make sure we have the right services at the right time serving the right people at the right price.  If you or someone you know has the passion and the CAPABILITY to support this team, please check out the town’s web site to apply as a member of the committee.

Council then confirmed its Strategic Plan Priorities and embraced the town’s Mission, Vision and Values, which are foundational and integral parts of the ‘Midland Forward’ initiative.

These are exciting times for Midland as we continue to embrace change necessary to define a new corporate culture; by doing so, we’ll be helping Midland’s future arrive on schedule!

Roy Ellis and Steve Saltsman on behalf of Midlandcommunity.ca

Be the first to comment on "MPUC Sale, EDCNS Deputations, 2017 Budget & More"