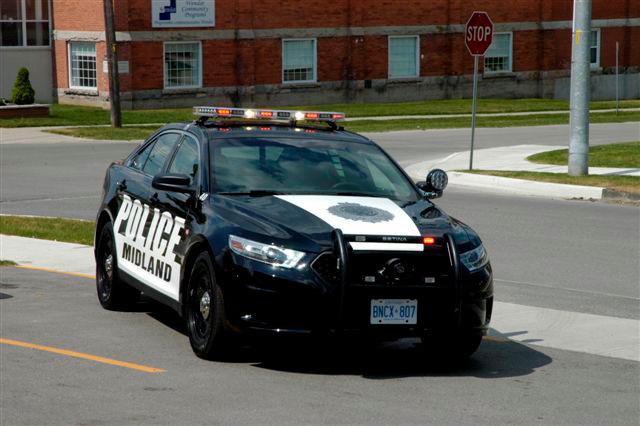 This is an Update on a Public Information Session held on Tuesday evening, March 10th, concerning the recent decision to transfer the police dispatch function to the Owen Sound Police Service.

Several members of Midlandcommunity.ca attended this very important meeting on your behalf. Given there was no media present to report on the event, this update may be especially significant as your only source of information about the meeting.

In response to ongoing budgetary pressures, the Police Services Board (PSB) was requested by Midland Council to re-visit the 2015 budget and make recommendations on cost reductions in the police service. Several years ago when confronted with this same pressure to reduce costs, the Police Chief proposed outsourcing dispatch, a step that has become quite common for many small municipal police departments trying to achieve economies of scale. The previous PSB never saw fit to proceed with the proposal.

Midland’s new PSB in tandem with the Police Chief saw this proposal as a viable way to achieve significant long-term savings (approximately $250,000 annually) without compromising public safety. The plan will see Owen Sound handle Police dispatch for Midland later this year – a service they currently provide for seven other Police Forces.

The transitional process requires a public meeting as well as an Ontario Civilian Police Commission (OCPC) hearing likely to occur within the next 60 days.

Some 40-45 people attended the information session. Likely half of the attendees were Police employees. Also attending were several current and past Councillors, with the balance of attendees representing the broader community.

PSB Vice-Chairman Stewart Strathearn chaired the meeting. Also in attendance to support the decision and answer questions about the transition were PSB member Mike Ross, Chief Mike Osborne, and the Owen Sound Police Chief. The purpose of the meeting was clearly stated upfront – to deal with the consequences and implementation of the decision and not the decision itself. While everyone remains saddened that outsourcing dispatch results in local job losses, the reality is that year over year costs for policing are simply not sustainable particularly in a small, “no growth” community.

It is important to re-state that both Chiefs assured all in attendance that public safety was not at risk and not a consequence of this decision.

The public is encouraged to express support, concerns or other views to the OCPC regarding this difficult, but in our view necessary, decision.