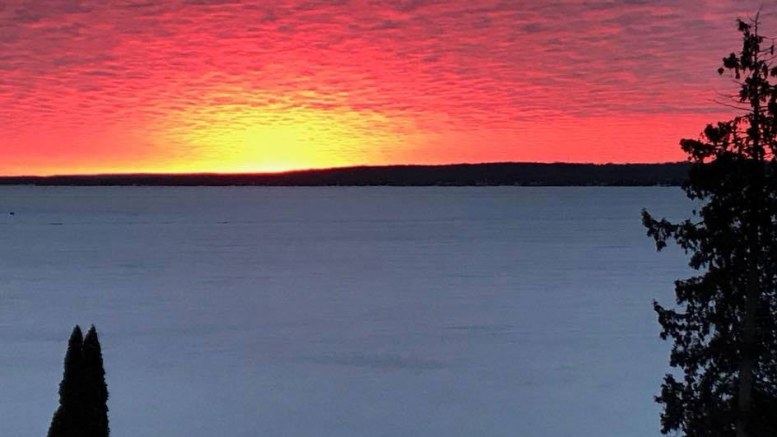 The first meeting of Council for 2018 saw the room rolling up its sleeves and getting back to work. The agenda commenced with the mayor presenting three Awards of Merit.

The first presentation was made to the Wilson family.  Brian, Carol and daughters Christine & Jennifer were recognized for their tireless work with the Midland Curling Club, the Civitan Club and most notably the Special Olympics.  It marked the first time in Midland’s history that this award has been bestowed upon an entire family.

The next award went to Ms. Julie Barker not only for her efforts in creating & spearheading Midland’s Community Garden, but also for her decades-long career in supporting Early Years Education & support for families throughout the region.

The final award was handed to Mr. Kevin York who is best known as Community Living Huronia’s “Supervolunteer” and whose list of contributions in that organization is as long as one’s arm.

Congratulations to all for everything that you have accomplished & for stepping up to make Midland a better place for all of your neighbours.  Thank you.

We then moved on to the only deputation of the evening which was presented by Ms. Tracy Roxborough on behalf of the Sustainable Severn Sound Association (SSS).  Ms. Roxborough was in attendance to give council an update regarding the Local Climate Change Action Plan, to which Midland has contributed financially.  She spoke of how Council’s $10,000 investment has helped leverage a total of $420,000 in funding and now allows the Town to apply for provincial and federal climate change grants.  The group is in the midst of compiling a “Community greenhouse gas inventory” which will assist members in creating local action plans in their respective Official Plans, which will help in developing local conservation, growth and carbon reduction strategies in partnership with Simcoe County.

Her presentation became awkward at the end, as her materials to Council included a resolution which, if adopted, committed the Town to adhering to the Paris Climate Change Agreement of 2016 and to reducing local greenhouse gas emissions by 80% by the year 2050.  While Ms. Roxborough stated that it was included for informational purposes, it was eventually revealed that one member of Council who is closely aligned with the initiative knew about the information and wanted a vote to adopt the resolution right then and there.  This highly unusual move breaks with the accepted process of discussing these matters first at General Committee so that members of Council can fully appreciate the implications of what they’re voting on.  Council recognised both the gravity of the resolution and the need for due consideration, so they held it over until February.  It’s clearly more important to get it right than to make a hasty and ill-advised decision.  In our view, they were right to slow things down until such time Council and staff had the opportunity to fully understand the commitment they were being asked to make and support.

That led into the rather quiet adoption of the Governance Review Committee recommendations that dominated the discussion at January’s General Committee meeting.  The intent of the committee was to examine how Council could streamline and pare down the number of committees that Councillors have to sit on, in the spirit of freeing up some Councillor time but also to reduce the demand on other Town resources that support those committees.  We once again heard the somewhat baseless argument that by not sitting on all these committees, somehow Council would be losing control as well as displaying a lack of interest in the governance of those very organizations.  Councillor Canning quite rightly pointed out that individual Councillors on many committees have no authority to speak on behalf of the Town and further that the very existence of some committees, such as “fence viewing” (yes, apparently, that is a committee), were unnecessary.  Council and staff struggled to recall if this committee had even met in the last four years.  It seemed lost on some at the Council table that time and resources are limited commodities, and that their time is best directed towards those activities and policies that generate the greatest impact on the citizens of this community.

A reminder to all decision makers – please keep in mind that your actions re-define staff’s priorities of the day.  In addition to the usual daily, monthly and yearly chores (like completing 2018’s capital and operating budgets) our current reality involves more major initiatives shaping Midland’s future than at any other time in the Town’s recent history, such as:

To throw more work at staff without a conversation around, ‘what comes off the plate’, is simply the wrong thing to do.  As Hall of Fame basketball coach John Wooden once said, “If you don’t have time to do it right, when will you have time to do it over?”

Be the first to comment on "January Council Review"