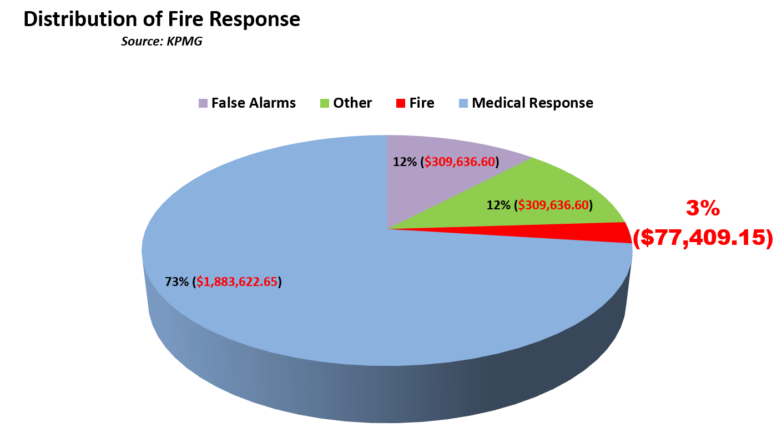 Tomorrow evening (24th), Midland Town Council will receive a deputation from Doug Campbell on the subject of Midland’s Fire Services. Please be sure to visit the Council Chambers at 7:00pm or tune in to Rogers TV.

Doug is very passionate about this topic and has spent many hours researching the Fire model from various lenses, like, fairness, efficiency and costs.

Below is a Fire fact sheet and an activity chart which builds a compelling case to perform a complete assessment of our Fire deployment model from the ground up. We welcome our new Fire Chief, Paul Ryan from Penetanguishene to lead the review. Until the review is complete, we believe it would be a serious mistake to make big decisions about Fire such as making material changes to the collective agreement. 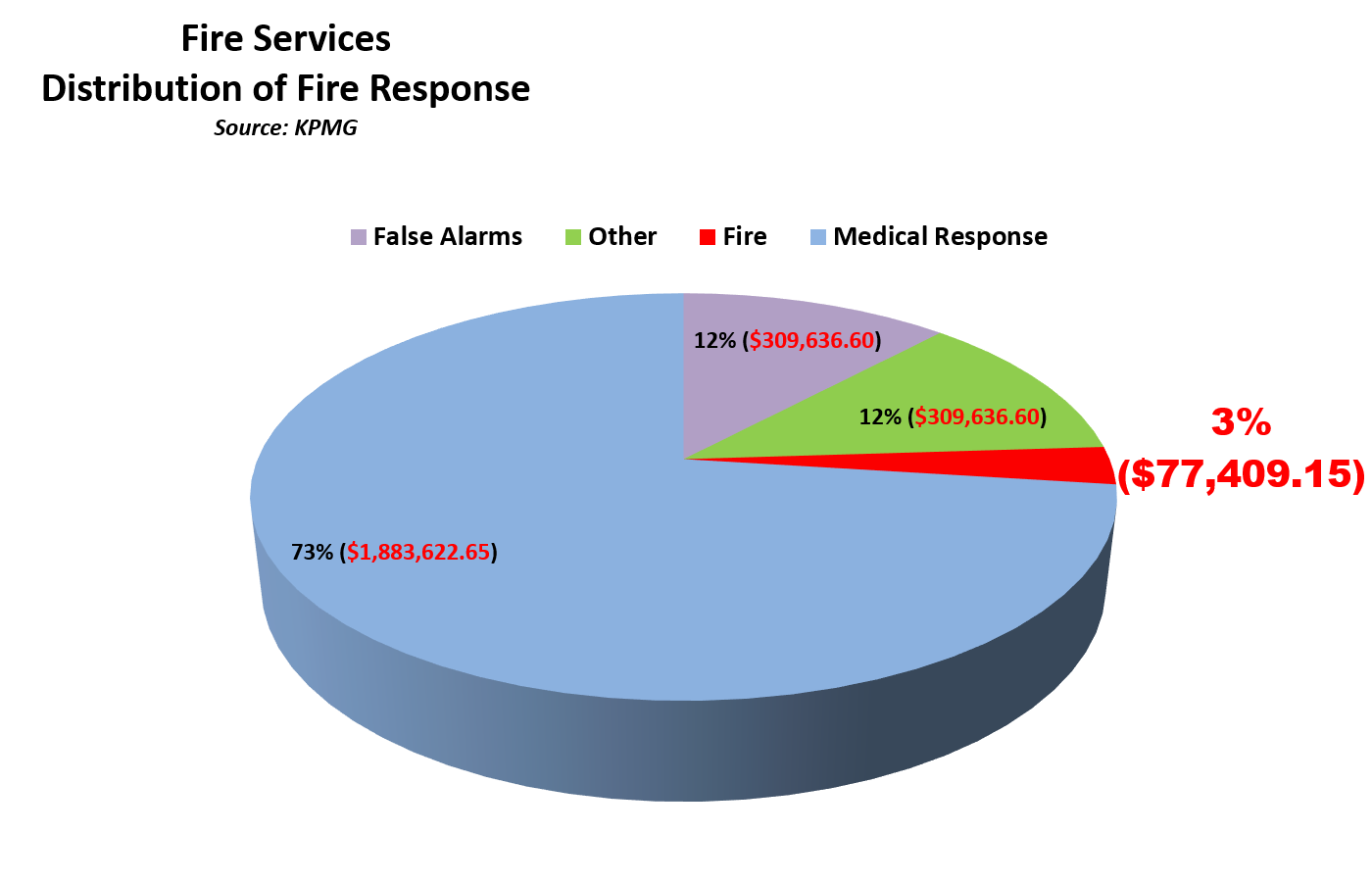 2) Penetanguishene Fire budget = $1M. Midland pays almost 50% more per capita for Fire protection than Penetanguishene – $163 in Midland versus $112 in Penetanguishene.
3) Midland Fire Department had 11 employees on the Sunshine list in 2014.
4) Only 3% of responses by the Midland Fire Department relate in any way to fire. There were only 6 residential structure fires in Midland in 2013.
5) Midland has less than 1 structure fire per month.
6) Penetanguishene has about 1 structure fire every 2 months.
7) The Fire Protection & Prevention Act requires municipalities to “establish a program … which must include public education with respect to fire safety and … fire prevention” – beyond that Council determines the level of fire protection needed for the community.
8) Simcoe County provides EMS to Midland and all other parts of the County and currently charges Midland taxpayers $470,000 a year for EMS.
9) Fire is often the first responder to a medical call in Midland – unfortunately this can be like sending a plumber to solve an electrical problem. Fire personnel administer first aid up to their level of training ONLY. Further, they cannot lift, move or transport a patient.
10) The current ‘tiered response’ (where Midland Fire is also dispatched to medical calls) was first adopted by Midland Council in 2006. $1.88M of the Fire budget is now attributable to medical assists alone.
11) Some suggest medical assists are almost cost-free because we are paying firefighters anyway. But what are we really paying firefighters for when only 3% of all their calls are even remotely connected with fire and almost 75% of their calls are medical assists. Even when 97% of all calls having nothing to do with fire, the Midland Fire Department still only responds to about one call every 8 hours.
12) In 2003, Penetanguishene adopted, and four months later withdrew from, tiered response and now responds ONLY if the EMS/Ambulance response time is expected to be greater than 15 minutes.
13) Patient well-being is compromised by Midland’s model: By having Fire also attend medical calls the EMS/Ambulance service gets credit for the arrival time of the first service on scene (often Fire) instead of the actual EMS/Ambulance arrival time. As a result EMS/Ambulance can still meet provincial response time targets while actually arriving on scene later. If you really needed to get to the hospital in a hurry which model would you choose?
14) Midland should withdraw from the tiered response system in the interests of public safety. It should then undertake an immediate review of its Fire model given the resources now spent for activities that can compromise those needing medical attention.
15) If EMS/Ambulance response times need to be improved, Simcoe County and the Town of Midland should be pursuing that instead of stop-gap, half solutions that send firefighters to medical emergencies they can’t deal with.

2) If Midland paid the same per capita price as Penetanguishene for Police and Fire services, Midland’s annual operating budget would be reduced by $3.0M, equivalent to a 15% decrease in the local tax levy.