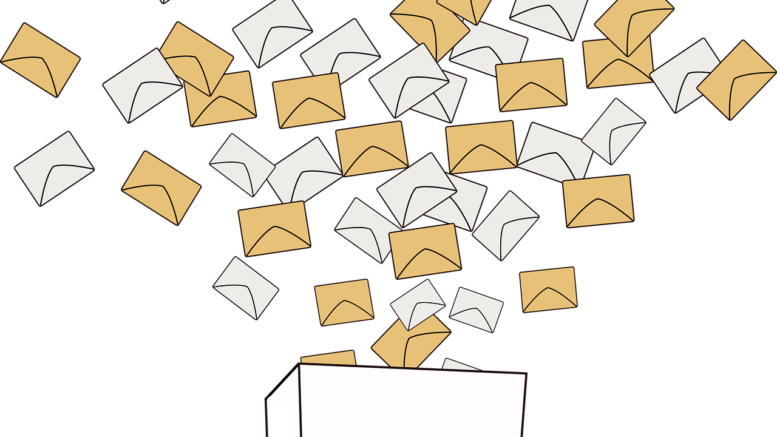 In this 2014 Municipal Election campaign, 27 candidates are contesting just 9 positions on Midland Council.

Midlandcommunity.ca has tried to raise the level of debate around issues in the campaign and has jointly sponsored two recent candidates’ meetings.

We will soon elect nine people to Town Council to guide Midland for the next four years. These are important positions. Done properly, they require hard work and dedication well beyond the compensation offered.

Our future depends on the skills, experience, wisdom and principles of the people we will select for these positions. We have seen what happens when misguided people end up running Nortel or General Motors. What happened to those companies can also happen to towns and cities.

These are just a few of the qualities we believe we should look for in elected officials:

2) openness to change and innovation;

3) ability to work co-operatively as part of a team;

5) high standards of ethics and behaviour;

6) ability to accept setbacks with grace and dignity.

Midlandcommunity.ca arose out of a realization that Midland was in trouble with spending and costs spinning out of control, local job losses, little or no growth and political leaders without any plan to deal with these challenges.

Here is one simple fact that demonstrates part of a larger, more complex problem. From 2000 to 2010 the taxes Midland billed residents and businesses to cover the Town’s spending increased more than 100% – they actually more than doubled in 10 years! That increase was more than four times the rate of inflation during the same years.

With the last election, things in Midland began to change. Gord McKay became Midland’s new Mayor together with a bare majority of councillors committed to better managing our Town. For the first time in years Midland has kept its spending and tax increases in line with inflation. Midland’s 2014 local tax levy is just 7.5% higher than in 2010. Getting taxes under control helps Midland become more attractive to the new residents and businesses we need to avoid future stagnation.

The candidates running in this year’s election fall into three main categories, 9 current councillors, 3 former councillors trying to regain positions they lost in previous elections and 15 candidates who have not previously held office in Midland.

Four of the candidates we are recommending are current Council members – Mayor Gord McKay and Councillors Mike Ross, Pat File and Glen Canning. They regularly supported sensible, progressive steps to improve the Town’s management and put its fiscal house in order. They kept the Town’s spending increases in line with inflation.  They challenged Town Departments to reduce costs while maintaining necessary services. They asked what 2%, 0% and -2% budget increases would look like. They hired KPMG to take an objective look at the Town’s operations, staffing and spending.

They recognized that growth is key to our Town’s future and supported new efforts around economic development and tourism.

And they did this in the face of almost continuous resistance from an ‘old guard’ of councillors – Jeffery, Pendlebury, Attwood and Charlebois, all of who are running again this election. This ‘old guard’ seems to share one clear goal along with former Mayors Downer and MacDonald to undo progress made over the last four years. Midland cannot return to the spending habits of their old administrations.

There is no better example of attempts to obstruct Council progress than these same four councillors banding together to claim they were all victims of workplace violence and intimidation by another councillor. Their claims necessitated an independent investigation that cost Midland taxpayers at least $10,000 and concluded their complaints were all groundless.

And in a similar pattern of concerted behaviour, candidates Jeffery, Pendlebury, Attwood, Charlebois and Downer all failed to attend the recent Candidates’ meeting at the NSSRC co-hosted by the Downtown BIA. Their disdain for the electorate and our downtown merchants confirms our reasons for recommending against each of them.

In addition to four current Council members, we are also recommending four candidates from a group of fifteen newcomers. This group of fifteen includes some impressive, capable candidates we expect to see in future elections. But for 2014, four talented, committed individuals round out our recommended candidates: Drew Plaxton, Scott Campbell, Cody Oschefski and Stewart Strathearn.

They all bring new ideas.  Many have business and entrepreneurial backgrounds with real world experience serving customers and managing limited resources. They understand the value technology adds in communicating and achieving success with economic development. They have open minds and the ability to be fair and balanced for the benefit of all residents.

Scott Campbell is a small business operator and a director of Midland’s downtown Business Improvement Area. Drew Plaxton is a self-employed property appraiser who knows the factors that can encourage development and growth. Cody Oschefski is a young homeowner and industrial electrician at TRW who understands the need to get Midland back to work. Stewart Strathearn is a seasoned business person with public and private sector work experience.  He was one of the early contributors to this organization and dedicates untold hours staying informed on municipal issues.

With diverse skills and experience along with a strong sense of community, these four new candidates will add strength and capability to help Midland again become the economic engine for North Simcoe.

Midland matters, you matter, getting involved matters and more than ever your informed vote matters.