No one likes ‘Development Charges’!  Yet we doubt that anyone will argue with the notion that the person for whom the infrastructure is built should pay the freight. The alternative is having it added to the general tax base.   Still, the proposed increase in Development Charge needs to be considered in light of Midland’s overall tax spending and other factors that impact growth. Additionally you need to get this exercise right because as we witnessed this budget cycle, our Development fund is depleted and we needed to shore up costs (NSSRC) from operating and or other reserves.

The Hemson background study uses the growth targets from the Provincial Growth Plan: 4790 new residents and 2460 new residences and also uses “maximum allowable funding envelopes”.  The study goes on to say “The development potential for the first 10 years is based upon the ten-year historical building permit issuances”.  Indeed estimates are for 60 units per year in the first 10 years increasing to 225 units per year for the duration of the planning period if the Town is to achieve the growth targets.

Reality to date is there is virtually no population growth.  The value of Building Permits for 2004 – 2013 (see chart) peaked in 2007 and declined thereafter and has been relatively flat over the past three years. 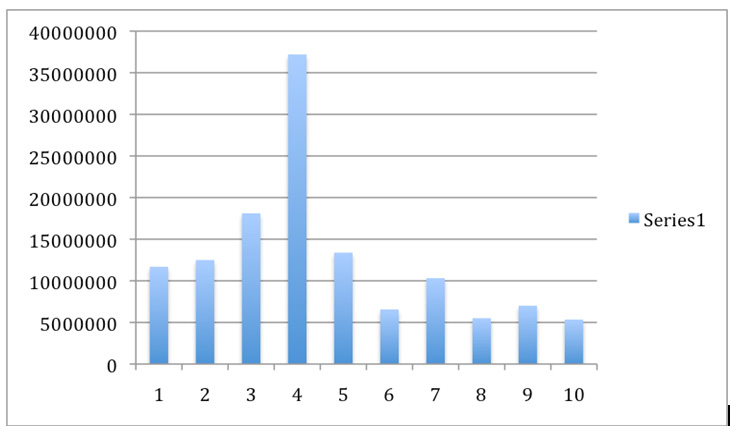 The actual number of building permits for new residential buildings for the three preceding years is:

The decline in new build permit value is hardly surprising given the number of developers that have shut down their operations in Midland.  This decline also seems to fly in the face of the Hemson report statement “The development potential for the first 10 years is based upon the ten-year historical building permit issuances”.  A housing forecast that assumes 60 new 65 new units per year is hardly plausible in light of the building permit history and population growth history.

The notion of ‘engineered services’ for almost 2500 new dwelling units in the next 15 years, based on a limit set by the Province seems awfully aggressive.  This is not 2500 actual new units but rather projections based upon the Provincial / County allowance in their planning exercises.

It is worth noting that some communities are reducing or holding the line on their DCs.  The County is reducing their DCs to stimulate low-income housing.  Indeed DCs discriminate against lower priced housing as the DC’s represent a greater percentage of the overall cost of a lower priced home.

So, the DC rates are the maximum allowable under the legislation, the growth targets are very aggressive given recent history in Midland and Council has full discretion over how much and when to implement the DC.  We suggest Council delay the implementation date, then phase it in and discount at least the non-residential DCs.  In the near term it is quite likely the built but unoccupied capacity will suffice given recent building permit requests.

Council recently agreed not to support a gambling facility in Midland.  Why then support the DCs as proposed and gamble with our growth potential. If you get this exercise wrong, it has the potential to serve up even more significant financial challenges.

Stewart Strathearn on behalf of Midlandcommunity.ca

Be the first to comment on "Developmental Charges Increase Deputation"