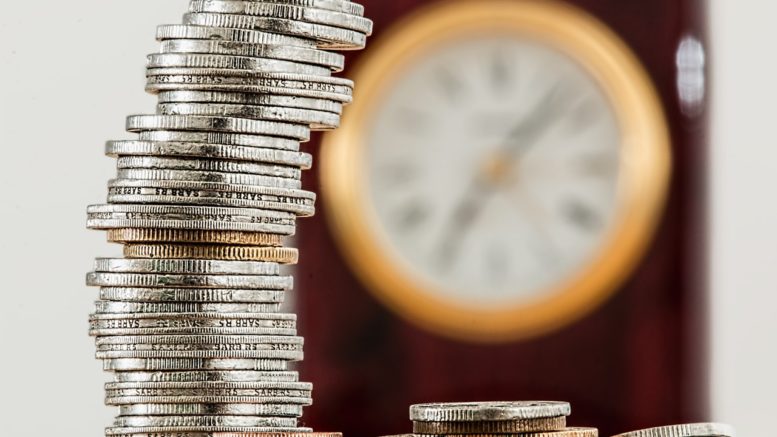 This month’s update will focus on the May Council meeting and some police matters.

2017 tax increase One surprise for Midland residents was learning their total residential property tax increase for 2017 (Education, County and Midland taxes combined) will amount to 1% overall even though Midland raised its own tax rates by 3.1%.  This results from big reductions in the amounts being charged to Midland taxpayers for Simcoe County services (-1.2%) and for education (-6.6%).  These reductions almost completely offset Midland’s own increase.
This has happened because more prosperous communities in the County and Province are paying an increasing share of the County and education tax burdens.  Midland’s sluggish growth both in size and in property valuations has not kept pace with other places, so our thriving County neighbours are shouldering more of the County tax burden.  While this may relieve some short-term stress on anyone struggling to pay a property tax bill in Midland, it is also a symptom of a struggling local economy.
Low or no tax increases are good news when they occur for the right reasons, but not when they happen because people prefer to purchase homes and establish businesses in other places.  This is one main reason Midlandcommunity was formed – to attack this situation head-on by promoting good governance, fiscal responsibility and growing the local economy.  We are making some progress and there will be more to come, but the entire community needs to recognize the challenge and support the new ideas and changes needed to allow Midland to catch up to the rest of Simcoe County.

Consider attending the public meeting at the NSSRC on June 1st at 6:00 pm regarding the sale of Midland PUC.  Town administration will be disclosing details of the sale and seeking input from residents on how to turn the sale proceeds into a financial legacy that can benefit the Town for generations to come.

Some concern was expressed at Council about the “loss” of the annual dividend the MPUC was “paying” the Town.  But there is no “free” money.  Yes, money was being transferred from the PUC to the Town but Midland PUC customers and Midland taxpayers are pretty much the very same people.  So that was like taking money from your own left pocket to transfer it to your right pocket.  With the PUC sale there may be a period of adjustment while Midland weans itself off the dividend but there is no real loss to the ratepayer/taxpayer who will now enjoy the income the sale proceeds generate.

We want to congratulate the volunteers from the community who Council appointed to the Community Service Delivery Advisory Committee.  This committee’s role is to assist in Council’s review of local services to ensure the Town is providing the right group of services using the right service providers.  Governments often fall into the trap of trying to meet every demand made of them so this kind of review is very useful to ensure we are getting the public services we really need and value for the money we spend.  Congratulations to the appointees, Gerard Lyons, Zena Pendlebury, Bill Kernohan, Kevin Cowie, Burke Penny and Ken Stief.

Also consider attending the public meeting of Planning Committee/Council on June 7th at 7:00 pm when Council will be considering size limits for second units in Midland.  Hopefully Council can hear real solutions to the problem of new duplexes being constructed as if they are just second units inside houses.

POLICING On policing there are three matters germane to why the current OPP costing process is both timely and necessary.

Midlandcommunity.ca attended part of a recent hearing involving a Midland Police Officer facing misconduct charges brought against him by the Police Service.  The officer has been suspended on full pay and benefits for more than three and a half years as his case has been dragged through the convoluted Police Services Act disciplinary process.  Salary and benefit costs alone are now approaching $500,000 so there needs to be a very good reason for depriving Midland of this additional officer out patrolling our streets.

In addition to his salary and benefits, the taxpayers of Midland are also paying huge costs for legal representation at these proceedings.

We will not mention names and we will avoid prejudging the officer’s alleged misconduct beyond saying it is painful to see a young officer and his family forced to endure continuing proceedings for almost four years now with still no end in sight.

These agonizing delays are symptoms of a general problem in the justice system – an apparent inability to provide a trial within a reasonable time.

The hearing midlandcommunity.ca attended was a motion by the officer’s counsel to dismiss the case for delay.  Two full hearing days were consumed by counsel for the Police Service cross-examining the officer on his affidavit in support of the motion and more days are now scheduled because the cross-examination is still not complete.  There is a huge irony here; this is a motion to dismiss for delay and the prosecutor is now into his third day cross-examining the officer about who is responsible for the delays.  We don’t know the answer, but we do know some litigants try to ‘win’ just by delaying and by outspending the other side.

If you are confident an officer is guilty of misconduct, why would you not press on to prove it so you can reallocate all that time and money to benefit the residents of Midland?

May Police Services Board Meeting

Midlandcommunity.ca also attended the May Police Services Board meeting.  Midlandcommunity.ca and others have complained in the past about a general lack of transparency with regard to such things as Freedom of Information requests and the provision of full agendas in advance of meetings.

The Board confirmed that it wanted its full open meeting agenda posted on its website several days in advance of upcoming meetings despite persistent opposition from Board member Judy Contin.  The right choice was so obvious that it made no sense for any member to oppose it, but the opposition from Ms. Contin shows why it is often difficult for Police Services Boards to effectively oversee Police Services.  Doing the right thing should not require protracted wrangling unless doing the right thing is not your goal.

Finally, the Police Chief sent a letter to the Minister of Community Safety and Correctional Services, (also copied to the OPP Commissioner and others), complaining about a “pseudo” (fake, bogus or counterfeit) bill received from the OPP.  What was actually sent was a letter from the OPP Commissioner advising the Board and the Chief of the estimated value of OPP services provided in Midland’s geographic area, a letter that the Board already formally received as correspondence at its previous meeting.

The Chief’s letter was sent without the Board’s knowledge or concurrence.  This led to a discussion at the Board about distancing itself from the letter, as it seemed an unnecessarily combative way to communicate with a police colleague and an Ontario Cabinet Minister.

Our police leaders should confine their energies to local policing and stay out of the political arena.

This is how we see it this unusually wet month of May!