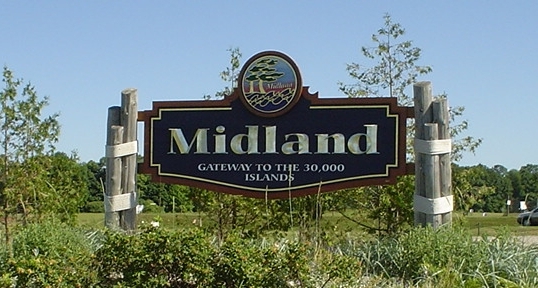 February was once again an action packed month of activity for Midland Council and our already ‘stretched’ staff.

With numerous balls (work projects) in the air and requests of staff to do even more, Council will need to embrace the words, ‘NO’ or ‘NOT NOW’; otherwise we’ll find ourselves in a dangerous place of doing nothing well and most things barely OK!

With that said, we want to state up front that your Council has made some of the biggest and boldest decisions of any Council before them and they should be commended for stepping out of the proverbial ‘safe zone’.

In terms of important work in progress, we take particular note of the fact that Midland’s 2018 operating budget was discussed publicly for the first time on February 22nd.  While that is painfully late by all standards, it was refreshing to witness a revamped process and a superior product.

In five words or less, “staff did a fabulous job”.  The first draft of Midland’s 2018 operating budget came in below Council’s target at approximately 2%.  Council will now have the opportunity to introduce their collective bias, hopefully at a high and strategic level.

Keep in mind that this is only the portion of the budget and corresponding tax levy that Midland controls.  Historically, Midland has benefited from County’s budget result given the fact that our relative assessment base is somewhat depressed here in North Simcoe.  We also understand that the Province’s Education component will be flat or negative- it’s truly amazing what can happen in an election year!

When we add this all up and kick in our positive assessment growth of 1.6% (64 new households), we expect your 2018 tax bill to be FLAT or negative viewed against 2017.

February also saw Midland welcome the OPP policing service. While we see different uniforms, cars and a few new faces, it is clear that behind the scenes there remains much work to do specific to the transition.  For instance, the sale of unwanted/redundant assets, the refurbishing of police headquarters to comply with modern day policing standards, and an arbitration process to conclude severance arrangements for members of the Midland Police Service.

The MPUC sale is still not concluded, as it requires regulatory approval, which for all intents and purposes should be a ‘rubber stamp’.  Nonetheless, while in transition, the matter still requires ongoing attention from staff and the MPUC board.

The Town’s Service Delivery Review (SDR) effort is nearing conclusion but the real work (execution) needs to happen or we risk having another government study that sits on the shelf collecting dust.

Another important matter relating to budgets and workload is the recent settlement of the Town’s Source Protection Plan By-law (SPP) at the Ontario Municipal Board (OMB). The appeal was commenced & supported by midlandcommunity.ca more than three years ago as a result of our planning department being overly enthusiastic & misguided in its interpretation of the Source Protection Plan (SPP) and Midland’s obligations within it.

A great deal of taxpayer, staff and Council time and money was wasted by more than three years just to get the By-law back to where it had to be in the first place – the required standard established for all municipalities covered by the Plan.

This is relevant as Midland is currently showing the identical over-exuberance with the recently proposed Natural Heritage System (NHS). We need not rehash that famous line regarding insanity, but based on the public outcry in opposition to what’s on the table one has to ask – have we learned nothing from the SPP debacle?

To summarize, the entire SPP fiasco distracted the Town from doing more important, timely and meaningful work, at a significant cost to all parties involved!

With this as a backdrop, we will comment briefly on the Council meeting held February 26th.

The meeting began with Heritage Awards being presented to Mr. John Todd and to Guy and Kathy Johnstone (of Johnstone’s Music Land fame) for outstanding contributions to the heritage and culture of the Midland over decades of tireless effort and inspiration.

Next up was a series of three deputations.  In the first, The Guesthouse Shelter board president Bob Breuer and CEO Steven Pelletier updated Council on the status of their new location.  Since loans and other support from all four North Simcoe municipalities helped enable the move from the basement of Knox Presbyterian Church to a modern and well-equipped facility at 522 Elizabeth Street, the shelter has seen a sharp uptick in both overnight guests and meals served.  There were a number of questions and comments regarding security for surrounding buildings, including our Public Library, and Mr. Pelletier emphasised that there is still much work to be done.

The next deputation came from Eric Conroy, President/CEO of The Friends of Keewatin and representing Skyline Investments, owners of the historic steamship.  As most readers are aware, Skyline has sold the lands they previously owned in the Township of Tay and the Keewatin no longer fits into any Skyline plans, so it is looking for a new home.

To be clear, the Keewatin is a historical treasure, has significant cultural and tourism value, and we would love to see her stay in North Simcoe, but nothing comes for free.  While Skyline is offering funds to help with the move to a permanent site on Midland’s waterfront, future maintenance, staffing, and many other costs would be on Midland’s back, which can add up to millions of dollars for such a massive historical asset.

Unfortunately, the decision deadline imposed by Skyline (March 19 for an expression of interest, and a firm deal within 6-8 weeks thereafter) represents an unachievable timeline.  The Town of Midland would need its own due diligence on the terms of the transfer, the state and future viability of the ship itself, the infrastructure requirements, and the impact on Midland’s vision for its downtown waterfront, and this is expected to take upwards of six months by expert consultants.  As we have stated in previous updates, Town staff are currently at or beyond their limit for workload and have neither the time nor the budget to undertake this review in the next couple of months.  In the end, Council directed staff to engage with Skyline to determine if some accommodation can be reached that would fit with the Town’s resources and calendar and still meet the needs of Skyline.

In the final analysis, Midland needs to concern itself with the right time, the right place and the right deal.  Council made the correct decision by directing staff to find a way to buy time to properly evaluate this opportunity, with a keen eye on the inherent benefit to tourism coupled with the potential risk to the taxpayers of Midland.

Finally, Mr. Andy Campbell updated Council on the progress made by the Cruise Ship Industry Group (CSIG), a collaboration among the eight active cruise ship ports in Ontario to investigate the business case for infrastructure and marketing investment in order to attract more cruise ship business to our shores.  This analysis is funded by a $250,000 grant from the Ontario Ministry of Tourism, Culture and Sport and will be completed by Miami-based consultant Bermello Ajamil & Partners by August of this year.

These presentations and discussions occupied the first two hours of the Council meeting, but the balance of the meeting passed quickly, routinely passing motions on topics varying from a letter of support for the auto manufacturing industry to the appointment of Midland’s deputy clerk and Tiny Township’s representative on the Midland Public Library board.  Council and staff can now return their focus to the many high-priority tasks on their plate that are critical to the future of our town.

This is how we see it on the heels of a long winter!

Be the first to comment on "February Council Review"