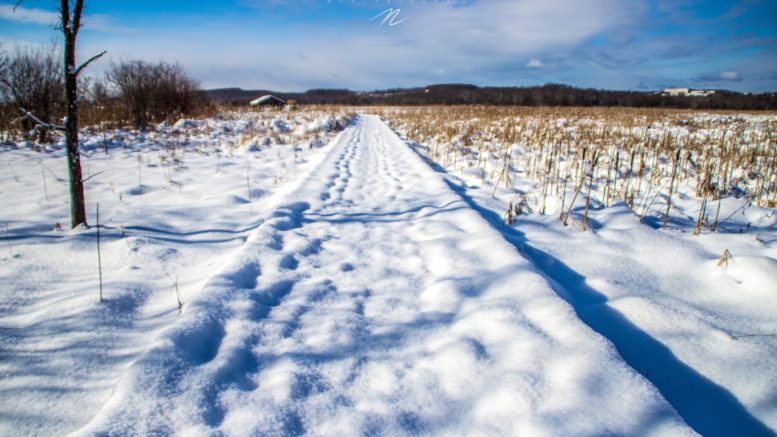 ‘Tis the season, as they say, and Midland council was in a giving mood.  Monday’s combined General Committee and regular Council meeting not only meant that we only had to attend one meeting in December, but also saw the awarding of several Awards of Merit and service recognition awards.

Awards of Merit went to Nancy Spiker, proprietor of “Passion for Fashion” for her numerous and ongoing charity fundraising fashion shows supporting a variety of local causes; posthumous awards to former municipal solicitor Ross Heacock and former Mayor, Justice of the Peace and tireless Midland promoter Moreland Lynn, and Bryan Peter for 30+ years working and volunteering for the Town of Midland.

There were 2 deputations on the agenda. The first was an update regarding the latest from the “Heart of Georgian Bay” (a.k.a. North Simcoe Tourism) and its expanding and continued marketing campaign presented by our Tourism Director, Ms. Brittany Black.  North Simcoe Tourism receives its operational funding through EDCNS and the organization leveraged that funding into an additional $288K worth of programs so far, including:  the new website, gbay.ca; a television commercial campaign which ran on the CTV network through the summer months; 50,000 tear maps; and 40,000 “Discovery Guides” which are currently being printed for winter and spring distribution throughout the region and as far away as New York State.  Also of note is their recent work with various partners, including:  expansion of this year’s “First Light” festival with Ste-Marie among the Hurons and Martyr’s Shrine; the success and expansion of this past autumn’s “Marsh by Moonlight” event with the Wye Marsh; industry workforce workshops; and the on-going focus of developing new attractions such as cycling packages and agri-culinary adventures with our County partners. We look forward to seeing the results of all this hard work in the coming months and indeed, years.

The second presentation was by Mr. Ralph Befort representing the Midland Rotary Club. His appearance was in support of Rotary’s request to hold the 2017 version of “Party on the Dock”. It was announced that the 2016 event raised $55,000 for GBGH and the Boys and Girls Club, and that there were no police incidents arising from that event.  Mr. Befort did note that attendance has been sliding and that they were looking for remedies to inject new enthusiasm into the event.  He was asked about perhaps combining with another scheduled event to increase draw.  This has been looked at; however, it presents some challenges in requiring volunteers to work exceptionally long hours.  Council committed to resoundingly support Mr. Befort’s request, and looks forward to this annual Midland cultural staple.

Midland’s recent second units by-law was again the subject of consideration by Council.  The town’s lawyer, Leo Longo, was seeking instructions concerning a proposed meeting with County staff regarding Midland Official Plan Amendment #9 over which the County has approval authority.  Recent statements by the Liberal government at Queen’s Park suggest the province might not support Midland restricting second units to houses that have existed for three years or to new developments zoned for that purpose.

The province’s policy on affordable housing seems confused to us in that it equates second units with affordable rents.  The 20 duplex units recently built on Aberdeen Boulevard clearly show that new buildings with two rental units are not necessarily affordable at all.  Midland Council deserves credit for standing its ground on this issue and instructing Mr. Longo to continue to advance the Town’s position with Simcoe County.  Mayor McKay, Councillor Oschefski and Councillor Main all voted against continuing to support Council’s decisions on second units.  The need for affordable housing should probably override existing zoning restrictions, but Midland should also be able to prevent the construction of expensive luxury duplexes that circumvent zoning and avoid paying development charges by posing as second suites.  If Midland’s by-law is struck down then perhaps we simply need professional advice on what language will allow us to achieve that goal.  We will keep readers informed as this issue progresses at the County.

In his report, “Midland Forward”, CAO John Skorobohacz mentioned Council’s meetings sometimes ‘lack discipline’ and that unfortunately was apparent at the December meeting.  At a previous meeting, Engineering staff were instructed to put together a draft traffic calming policy which was tabled this night.  This prompted Council to re-open a lengthy debate about whether we need an overriding policy, what speed limits are best for which streets, whether speed limits are even effective, whether “short-cutting” should be curbed, etc.  Traffic volumes and speeds are important issues for Midland residents and yes we need a policy and yes we need to resolve issues, but we have dedicated far too much time and resources to this matter, to the detriment of more pressing financial and policy decisions facing our community.  Council should establish priorities for managing its time and avoid debating the exact same issues several times over.  The draft policy will be brought back in final form for Council’s approval at a future meeting.

In the same vein, there is a proposal to look at providing a park in one of three locations in the Sunnyside area of town.  A motion was brought forward to ask staff to estimate the costs of establishing this playground for potential consideration in the 2018 budget.  Somehow this morphed into a discussion of whether we can or should make decisions on what is to be considered in the 2018 budget because of the expectations it sets.  The motion to continue with creating a detailed cost estimate was passed, and we are sure to see this and other spending proposals debated when Midland finally gets its 2017 budget process started.

This is the final update from midlandcommunity.ca for 2016.  We wish all of Midland a happy, healthy and safe holiday season and all the best for 2017.

Kevin Cowie and Steve Saltsman on behalf of midlandcommunity.ca

Be the first to comment on "Tourism Deputation, Party on the Dock, Second Units By-Law, Sunnyside Park"