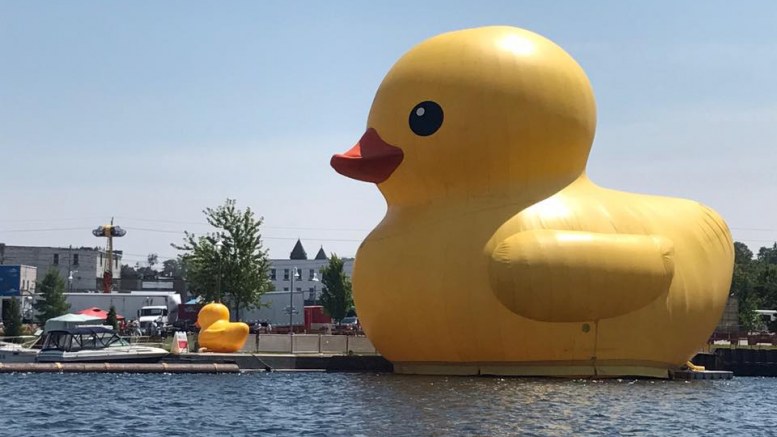 As the dog days of summer arrive and a number of celebrations and festivals grace our community this season, one can sense a change in the local atmosphere. We believe we are starting to see the results of our long-championed cry for change – a “can do” approach adopted by Council and Town administration that has encouraged the appearance and success of so many events in Midland this year – with more to come. It is a true harbinger of what this community is capable of accomplishing if we adopt the right mentality – there’s nothing this town can’t do if it sets its mind to it.

First out of the gate at Midland’s Council meeting on July 24th was kudos to yet another group of fine, young Midland athletes. This time it was the Midland Major Atom girl’s basketball team who scored victory in a dramatic come-from-behind win over Bradford to take the Provincial Championship. Congratulations ladies, you have contributed to the existing and growing reputation of Midland’s youth athletic prowess.

Continuing in that successful vein, Ms. Angela Bird provided a summary of the 2017 Buttertart Festival. This year saw a 14% increase in attendance over 2016 with 168,000 butter tarts sold. The festival’s facebook page had over 900,000 views and the overall economic impact this one-day event had on Simcoe County was estimated at over $3,687,000. We can only expect bigger and better things for Saturday June 9, 2018 as the event picks up even more traction and new learning is put into play. Be sure to mark your calendars.

Next up were Andrew Parker and Andrea Gordon representing OPSEU presenting a campaign known as “we own it”. They were pitching Council to adopt a formal resolution that would prevent Midland Council from disposing of public assets. While we understand where the union is coming from, their sweeping proposal is far too broad and as the recent sale of MPUC shows, fails to acknowledge the very real variations in economic, business and structural climates that bear on such decisions. This is a political and ideological battle that should be waged at a much higher level.

The last deputation was from representatives of the Guesthouse Shelter, updating Council on the status of the recently established “situation table” where various public service agencies, including law enforcement, attempt to identify individuals and families approaching or in crisis situations so proactive services can be provided without delay. A noble cause which we were told has met with success in other jurisdictions.

Presentation on the OPP Costing Analysis:

Perhaps the biggest news of the evening was the consultant’s report on the OPP bid for policing Midland.  What’s most striking (beyond the very favorable financial analysis) is the fact that the OPP will provide 21 constables ‘on the beat’ against the current complement of 16 active constables currently with the Midland Police Service (MPS). We say 16 active constables because one constable has been on an ‘administrative leave’ with full pay for several years.  The OPP staffing would translate into a 30% + increase in police presence with virtually no risk of ‘unforeseen costs’.

Risk avoidance is also an important factor to consider in this decision. It is clear that a small police force like MPS cannot possibly spread the risks inherent with a flawed system of arbitrated pay and benefit awards, internal discipline costs, short and long term employee sickness and disability costs, employee morale issues and leadership and succession matters, to name a few.

With the OPP all these risk factors are mitigated across a large organization and built into the contract price.

On the financial front, the Town’s staff and consultants report that in the “worst-case” scenario for the municipality, Midland will experience a one-time cost of roughly $2.13 Million in severance costs – the lion’s share for the Police Service’s two most senior officers – a  shameful ‘poison pill’ for which no apology has been offered.

The report goes on to identify a strategy for addressing the potential maximum $2.13M severance costs. This one-time cost would be internally financed and spread over ten years amounting to at most $213K annually.

The comparison of policing costs shows that over the course of the 10-year analysis, an OPP Contract would result in net savings of $7.8M before severance costs and $5.7M even after the worst-case severance costs.  The OPP has a cost advantage every year after year 1 and from year 4 onwards, the OPP cost advantage is $1.1M – $1.2M each year.

The Independent Consultant’s report provided by (Asymmetric Consulting) is available in its entirety on the town’s web site. For those interested in the Coles version only, we’ll draw your attention to the conclusion provided by the consulting firm, which concludes, “Evidence indicates that if the town of Midland accepts the OPP proposal for municipal policing there will be a significant annual financial benefit with no degradation in policing”.

There will be public meetings designed to engage the public and learn more about the OPP costing process on August 23rd at the NSCRC with the final decision expected on September 6th– be sure to save these dates.

A contentious issue that may be nearly resolved is Midland’s on-going struggle to create a sensible second units by-law.  The Planning Director relayed his familiar tale of woe about how the Province and the County have tied his hands and Council and residents have little choice but to accept the by-law he presented. Despite this, both Councilors’ Canning and File successfully attached amendments.  Except for basement apartments, the size of a second unit will now be limited to 40% of the dwelling’s total size. And a curiously inconsistent recommendation from the Planning Director to establish a minimum size of 35 square metres was not acted upon.  In our view this unduly long process was flawed from the ‘get-go’ and has created serious, costly and avoidable discord in the community. Hopefully the end is in sight and we can wrap our energies around getting Midland back to work.

Finally, it is a great relief to many that the Town has decided to slow down finalizing its Official Plan Review.  With many questions surrounding anticipated provincial and County moves on urban development, building density, employment growth nodes etc. not to mention the latest inflammatory policy concerning the ‘natural heritage system’, it makes sense to just step back for a moment and avoid trying to make planning decisions about a moving target.